The Grow Together Allotment Volunteering Day 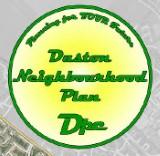 A referendum relating to the adoption of the Duston Neighbourhood Plan was held on 5th November 2015.

Copy documents can be obtained from Northampton Borough Council

The Duston Neighbourhood Plan Referendum was held on 5 November 2015 when 85.6% of the votes were 'YES'.

At full Council on the 14 December 2015 Northampton Borough Council made the Duston Neighbourhood Plan. It now forms part of the Development Plan, meaning that it is a material consideration when deciding planning applications.

RT @SteveCaple4: A shepherd from my village of Duston, date unknown.

RT @SteveCaple4: Old view of the Main Road through my village of Duston.